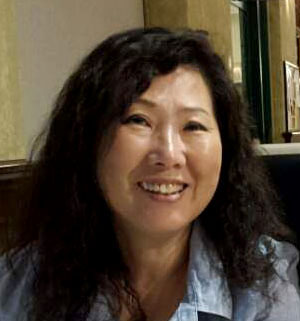 Highlights of Community and Cultural Work

My unique experiences as an immigrant from Korea, an art college graduate, and qualified through a rigorous program for non-accounting majors to sit for the CPA exam, has allowed me to work in the finance department of Maryland Institute College of Art (MICA) located in downtown Baltimore, Maryland as a Senior Accountant as well as to pursue extracurricular activities involving the local and international art and cultural community.

One of my first efforts in the community was the local Bmore Soul to Seoul events within the Baltimore community, designed to promote understanding between the Korean and Baltimore African American community after the Baltimore uprising of 2015. I and Station North Arts and Entertainment (SNAE) partnered in these efforts with support from the MICA Office of Community Engagement grants, a MICA graduate student, SNAE, Korean community persons, and a Maryland State grant.

I have been supporting the Asia North events organized by Towson University’s Asia Art & Cultural Center and Central Baltimore Partnership. This series of events are intended to promote development of the Station North area as a center for Asian food, arts, and culture in Baltimore. The first Asia North event was in March 29-31, 2019. The latest 2020 Asia North virtual events were held on July 7 and July 17. The events are planned to be annual multi-day events depending on the course of the current Pandemic.

I served the Korean Society of Maryland as a board member from 2016 to 2019 under the Presidency of Mrs. Seong Ok Baik. My work included meetings and participation in the annual outdoor Korean Festival as a volunteer and with specific responsibilities such as organizing the culture booth and other various activities during the event. I also served as co-Chair of the Annual Korean Festival steering committee in 2018 and 2019.

Arts and Culture from Korea and the Community

I coordinated with the Korean Cultural Center in Washington, D.C. to have an event at MICA presented by the National Gugak Center, an internationally recognized institute of performers and artists in Korea, in October, 2016. I was also able to organize a 3 day seminar in Feb. 2019 and workshop with the MICA Fiber Department and the Korean Hanbok Advancement Center that included a high level Hanbok (traditional attire of Korea) fashion designer and Professor from Korea. This was followed by a 2019 summer course (2 weeks credit course) in Hanbok history, design, dyeing, assembly, and exhibition at MICA.

During my tenure at MICA, I have been able to work with graduate and undergraduate students in a variety of ways. I organized 3 Korean Film Festivals (2016-2018) at MICA, with support from MICA’s Hoi grants each year to a MICA student I mentored. I worked with KISA (Korean International Student Association) undergraduate and graduate students, as well as MICA alumni and faculty, students from the K-Arts University and Keimyung University in S. Korea (who contributed short films), and Peabody Institute musicians.

To promote international relations between Baltimore and Korea, I and a colleague organized and gathered support for a new sister city committee, BCSCC. I assisted Changwon City in the organization of a visit by Changwon Mayor Huh and his delegation in November 2019. With the signing ceremony attended by Mayor Young of Baltimore and Mayor Huh at Baltimore City Hall in November, 2019, BCSCC officially became the newest sister city of Baltimore. I arranged for MICA to host Mayor Huh, his delegation, and the Changwon City Dance Troupe at the College after the signing ceremony. A performance was presented at MICA’s Falvey Hall by the dance troupe. The visit planning initiated discussion of a Memorandum of Understanding between MICA and Changwon National University, which is still pending because of Covid-19. In May 2019, I assumed responsibility for the organization and production of the Asian Pacific American Heritage Month (APAHM) celebration in the greater Baltimore area (link to video below). This was a gathering together of a diverse group of cultures from the Pacific Islands and Western Pacific Rim, held at the MICA’s Falvey Hall. Speakers included President Samuel Hoi of MICA and Maryland State Senator Susan Lee. It was a unique opportunity to experience the traditional dances of Indonesia, Hawaii, Thailand, Vietnam, and others.

I participated in the 15th Korean American Day Celebration event in 2020 as a co-Chair of the steering committee. I was responsible for creating the attendee list and serving as the attendee contact person, creating a Korean cultural display that included Hanok (traditional Korean house) posters, a model Geobukseon ship, and a Korean immigration history banner. I accepted the offer to serve as President beginning on June 1, 2020.