Watch
REGISTER AT OUR EVENTTRIBE
You also can watch to our event live click here: GO TO THE PAGE 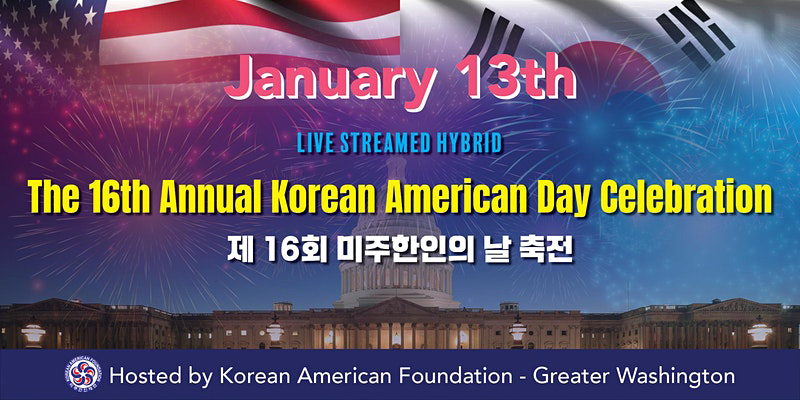 Join the Celebration of the 16th Korean American Day !

During the celebration, two awards will be presented for community service. Live performers will include Seong Won Nam (tenor for singing of the anthems), and Hyejin Kim, D.M.A. (violin of 2 Korean folk songs called TaePyugGa and Arirang Alone). Andrew Hwang (a senior student at The Johns Hopkins University) will speak live via Zoom about his experience as a Korean American.

Sponsors: Embassy of the Republic of Korea, Overseas Koreans Foundation